3 Things You Should Know About Single Women

The British Womanizer
a jealous boyfriend, hard to impress, make you nervous, to be single, turn a woman off 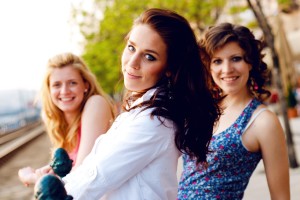 “Don’t assume that single women are always ready to mingle”

Single women can be intimidating. Even if you’re a veteran in the dating scene, a woman who’s single and available can still make you nervous no matter how many you have had. They have a unique mindset and personality, and a different way of behaving than women who are in relationships. There are things about single women that every man should be aware of and even more so, things that each man should keep in mind if he’s trying to get a lady. 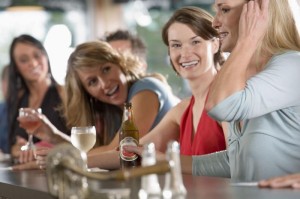 Single ladies might be at the club with a few of their friends and no guys in sight, and you might even hear them talking amongst themselves about their self-admitted single status, but that doesn’t mean they are single and looking. Some women are more than content to be single, and for that reason they might seem a little standoffish at first. One of the mistakes that many men often seem to make is that they assume that every single woman wants to get with them just because they’re single and that they need a man. It’s this kind of thinking that’s very unsettling to women and in fact works as a complete and utter turnoff. She might just be there to have fun with her friends, so don’t march right up and start chatting her up without scoping out the situation. 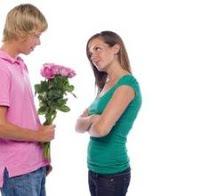 “Some single women are not so easy to impress”

Since women aren’t always looking for a guy, they can be hard to impress. Maybe she comes off as a complete ice queen and won’t warm up to you no matter how hard you try. Maybe your jokes are failing and she’s looking at you like she’s wondering why you’re still trying. It can be pretty disheartening, but you can’t let it get to you. Just because she isn’t impressed with cliché pickup lines and the fact that you bought her a drink doesn’t mean she’s impossible to impress. Maybe she wants a little more than that, so have an actual conversation with her if you’re at a location where that’s feasible. Just leave out any mentions of how much the ladies love you or how many inches you’ve got, because those types of things are one of the quickest ways to turn a woman off. Don’t be juvenile, because that definitely won’t impress her.

A woman can say she’s single and it might not be the truth. Even if there’s no ring on her finger, you can’t be sure. Women can lie and women can remove rings. There’s no way to tell if she’s single, so keep that in mind before you get involved with any woman, no matter how gorgeous she is. If she ends up not as single as she claimed, it could spell big trouble for you when a jealous boyfriend has it out for you. If you’re the kind of guy who doesn’t mind a committed woman, this isn’t a concern for you, of course, just something to keep in mind.