The British Womanizer
being depressed, being honest with yourself, concept of retirement, lower your expectations, quit your job 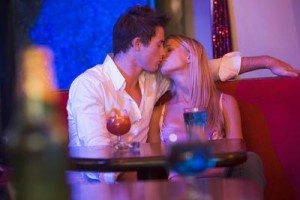 “Being unemployed, you’ll have enough time to date college girls”

Today you’re cruising along, all set on the employment and financial horizons. The next day you’re being phased out. Hell, maybe you even quit your job. We’re not going to feed you the usual bullshit about focusing your energies on becoming employed again. You might be out of a job, but that doesn’t mean your need for sex and companionship also goes out from the window. Our only caveat is that if you’re chronically unemployed, you probably will never do better than dating the minimum necessary to meet your needs. While there are women who aren’t phased by a guy who’s between jobs, there aren’t many who’d be so understanding about a man who’s been surfing his mate’s couches for the last three years. 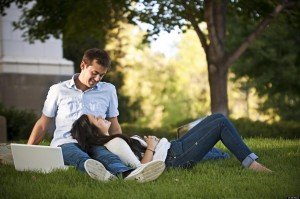 “Be honest about your job with her”

Dating when you’re unemployed is a lot like dating when you’re ugly. You have to be honest about your attributes, and lower your expectations a bit. Since it’s probably been many years since you were in that ugly awkward phase, your new dating reality might come as something like a shock. You should probably still do well with anything short term like a one-night stand or short-term flings, but anything beyond that is going to be harder. Male insecurity repels a woman faster than flatulence, because our insecurity tends to manifest itself in unattractive ways like being depressed, defensive and a dick. If not for the sake of getting laid, at least get the fuck over it for the sake of your mates. This means appraising your situation and being honest with yourself. Are you unemployed and likely to remain so for the near future? Do you expect to transition soon to a new position because of your rare, in-demand skills? What about long term assets. How long can you afford to maintain your current lifestyle. A week? A month? A year? Figure it out now. That moment of cold truth should not come when you find yourself steering her to the cheapest menu item.

Some Women are Off the table

Accept it. Maybe she dated an unemployed bum like you before and got burned. Maybe she’s fine with fucking you once or twice, but you won’t be her main squeeze, and she’s embarrassed to introduce you to her friends. Maybe that suits you just fine. Great. Don’t take any of it personally.

Some Women will Date an Unemployed Guy

You might think that a woman who is herself unemployed would be more open to dating a fellow man in the trenches, but that is usually quite the opposite. We wouldn’t even try it. On the other hand, university students are the saving grace of many a single man. Their standards are just different. Many of them are unemployed. They measure their self-worth by their grade on their last paper, and the concept of retirement assets is foreign to them. They won’t think it strange or particularly worrisome that all your dates involve beers at the pub. We don’t suggest that you start creeping the local university, but keep yourself open to meeting these women by going to pubs, sports events and concerts. Basically, the kinds of things that are all you can afford now and wanted to do anyway.