How to Date a Beautiful Woman 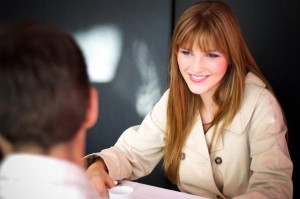 “Be confident while dating a beautiful woman”

Okay, let’s talk about women. One of our favourite topics actually. Some are truly beautiful while others not so much. Now when we say “beautiful” we’re not talking about in a warm and fuzzy “beautiful in your eyes” kind of way. We’re talking the flat-out hot, drop-dead, no-holds-barred kind of gorgeous women who leave most straight men in the vicinity staring and drooling. This post is not about how to find and win over a woman like this. Good luck with that, mate.

Instead we’re assuming that you’re about to, or are already dating, the beautiful woman in question. It’s a well-established and utterly fictional statistic that your first three dates with a woman sets the tone for the rest of your relationship. But even if you find yourself already days or weeks down the road, it wouldn’t hurt to re-evaluate how you talk to, and behave, around this beautiful creature.

Anatomy of a Beautiful Woman

As you grow to know her better, her level of awareness of her own looks will become apparent. You’ll probably be made aware of this through a kind of mystical osmosis, because frankly you don’t give too many shits what she does to look the way she does. At heart, she might actually be no vainer than the average woman. Ironically, the more aware a woman is of her looks, the more insecure she will tend to be. On the other hand, there are those few rare beauties are mostly oblivious to their own looks and hotness. Just don’t fool yourself into thinking you can easily spot this woman. Just because she’s wearing librarian glasses like that actress in that blue movie you like, doesn’t mean she’s a shy wallflower.

What to Do Around Her 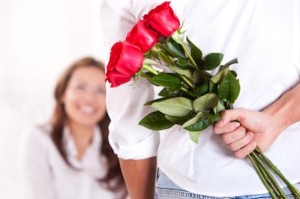 What you can do, can be summed up pretty easily. Treat her like any other woman you’ve ever dated. That includes offering her compliments, even one as simple as “You look hot.” Maintain eye contact when appropriate, but don’t be afraid to express your attraction to her. Trust us, you won’t make your already beautiful girlfriend vain by telling her what she already knows.

What Not to Do Around Her

Don’t show more interest than normal in what she wears or how much skin she shows. Don’t talk about her looks, unless it is to pay her an appropriate compliment. Don’t force her to tell you again about that day she was approached by three different modeling scouts in the shopping centre while minding her own business. Her looks are part of the package that attracted you, right? There’s nothing wrong with acknowledging that. But even if the woman you are dating is a “10” in every sense of the word, men around the world agree unanimously that it is the height of jerkiness to brag about this to other people – especially other men. But then again maybe we’re all only jealous. Enjoy, you lucky bastard.