How to Give a Stranger a Compliment

The British Womanizer
body language, conversation with strangers, give a compliment to a woman, to smile 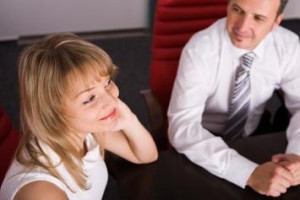 “Compliment her in a positive and polite way”

It can be tricky to give a compliment to a woman in person. Sometimes even the nicest comment can be met with a reaction that suggests you screamed it, drunkenly, out of a passing car. You can’t control how a woman receives the nice thing you’re doing, but you can maximize the chances that she’ll take it in the spirit it’s intended by assessing the situation in a few simple steps.

Pick Your Time and Place Carefully

There are some times and places where conversation with strangers is more socially acceptable. At events like a concert, at the movie theater, during the reception portion of a club meeting or social event: these are all times when it’s common and accepted that people talk to one another. Your compliment will be better received if you speak to a woman there, rather than, for example, following her out onto the street to give that same compliment. Be wary of addressing women in truly public spaces like on buses or while walking down the street; even though it’s technically out in public, it’s much less common for people to start conversations on the sidewalk. 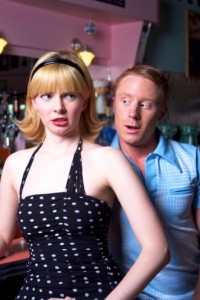 “Do not lean over her or come too close”

Considering the height difference between most men and women, it’s easy for a man to unintentionally loom over a woman. Make sure you give her a little space when you first approach her, and try not to stand between her and a group of friends. It sounds over the top to have to do these things, but you’re trying to be a nice guy, not a creepy one.

Make sure to smile and make eye contact. This makes you seem open and honest, and thus not threatening. Most women will open up once they see that this compliment is just that; a nice thing that you wanted her to know that you thought. Be direct and open about that, and she’ll relax and a conversation could begin.

Tips on What to Compliment

Obviously, opening with “Hey, great rack!” isn’t going to go over well, even if that’s what you’re really thinking. If you’re using this compliment as an icebreaker, try to compliment a brand, team, or pop culture reference that she’s wearing. Telling her that you’re also a fan of something she likes will be a much better opener.

Try to stick with “You have” phrases instead of “I like” phrases. The first makes her feel like the conversation’s really about admiring her, and not what you personally find attractive about her. This subtle cue is a prompt to talk about herself, and you’ll be in conversation with her before you even know it.
If you pay attention to your surroundings and what your body language is telling her, you can lower your chances of being seen as a creep or a threat. Compliments are a great way to get a woman’s good opinion, but you have to work a little to be sure that your kind gestures land the right way.