How to (Safely) Date a Neurotic Woman 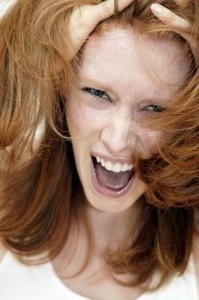 “Make sure you can handle her anger”

Let’s talk first about what neurosis (the root of “neurotic”) actually is. The Oxford English dictionary defines neurosis as an “excessive and irrational anxiety or obsession”. This is the non-technical term. In its strictest sense, neurosis a medical term. You might already be familiar with the concept of female neurosis through adjectives like “bonkers”, “bat-shit” and “crazy”.

Why Date a Neurotic Woman 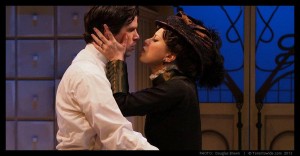 There probably isn’t a man alive who hasn’t heard the common wisdom about great sex and crazy girls. To be fair, fewer women than you think can be accurately described as crazy. More likely, their “craziness” can be attributed to a neurotic behavior, which can include depression and mania. But maybe even the promise of hot sex isn’t enough to make you take the risk. Maybe on the other hand, you are the kind of guy who gets off on the kind of drama a neurotic woman can bring. Maybe you’re secretly excited by the thought of getting horizontal with a woman who’s as apt to bite you as she is to kiss you.

Everyone exhibits neurotic behaviors at some time or another. We repeat. Everyone. If you have a pulse, you engage in neurotic behaviour, is basically what we’re saying. Do you have a fear of public speaking? That’s a classic neurotic behaviour. If your last girlfriend binge-drank, posted updates of her life to Facebook every waking hour, and tuned in to watch Coronation Street with the rabidness of an obsessed stalker – guess what, those are all behaviours that arguably fall in the realm of neurosis. And look – you dated her and lived to tell about it.

Ideally, she’s already aware of her neurosis, has accepted her diagnosis, and is taking steps to control the problem. If she’s on medication, she’s committed to following her regimen. On occasions where she does lapse into the unwanted behaviour, she’s appropriately contrite and embarrassed about it later. If she becomes defensive or tries to justify the behaviour later, that is a serious red flag.

Another factor to weigh when dating, or making the decision to date her, is whether she has an established ‘safety net’ of people, for example friends or family members, to whom she can turn if things spiral out of control. If you would be the only person around to pick up the pieces, that’s something you ought to know ahead of time.

Lastly, you need to determine on which side of the line between “neurotic” and “certifiably insane” the object of your affections falls. Has she been violent towards ex-boyfriends or people in her life? Hot sex notwithstanding, we don’t actually recommend that you try to date a woman with a propensity for violence. That would just be crazy.