Women like a guy who looks nice. They can tell you what clothes they like you to wear, but they like a man who is aware enough to realize what looks good on him and what doesn’t. If you can’t manage that for yourself, women are going to be very turned off. Appearances are everything, and there are some clothing trends that have seemed to gain popularity with the male population in recent years that most women just cannot stand. Make sure you’re not committing any of these fashion errors if you’re trying to impress the ladies. 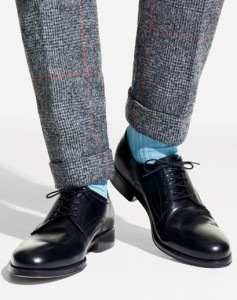 It seems like fake leather is all over the place, especially with young adult men in the UK. Many great clothing items are made of leather: jackets, shoes, pants and vests, to name a few. Avoid leather pants and vests whether they’re real or fake, because as a general rule they’re just disgusting. Women will think you’re trying to pose as a hardcore, tough-guy biker or something similar and they’ll be completely turned off. Shoes and jackets are perfectly okay and can be great additions to your wardrobe, as long as they’re real leather, but shoes are especially offensive to women when they’re fake. You might not think she notices, but she does. She’ll notice those fake leather shoes you bought for a discount and judge you for them, no doubt about it. If you’re going to wear leather shoes, take the time to make sure that they’re nice and not cheaply stitched together.

Nothing will turn a woman away quicker than a tee-shirt with a stupid saying printed on it. You have seen them; those which say things like “Orgasm Donor” and the dreaded shirt bearing the phrase “I have a PhD (Pretty Huge Dick)”. They are the epitome of classless trashy casual shirts. They’re a bad idea for the college guys who try and wear them to be funny and they’re an even worse idea for the guys over thirty who try to wear them claiming to be ironic. Although not all graphic tees are as tacky as these terrible offenders, women hate them all. If you want to be casual and laid-back, wear a tee shirt that’s a plain color to avoid women judging you for your choices. 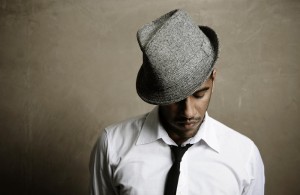 “Choose a fedora which suits your face shape”

If you don’t want the same women you’re trying to get with talking about you and laughing about you with their friends later, don’t go for this trend. What was once a nice hat has come to be one of the most widely worn hats for college guys trying to dress their casual outfits up into something that is attempting to be remotely passable. Women hate it and they’ll think you’re a jerk if you wear it. Unless you’re dressing as a 1920’s gangster for a party, posing as Indiana Jones or pretending like you’re Michael Jackson (only one of those is okay, really) it’s probably in your best interest to avoid the Fedora. There’s a hat that looks like a fedora called a Trilby. Avoid that too. You’ll look just as tacky.