Should You Bring Her a Gift on the First Date?

The British Womanizer
first-date gifts, paying for the date, seem insincere, your relationship 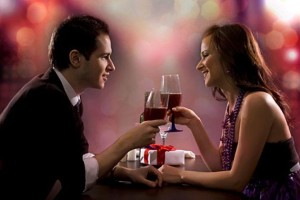 “Exchanging gifts on a first date is not a good idea”

For the first date, it’s only normal to want to impress her. The first date is something of a tradition, and for many men, this includes bringing a small gift for the woman you’re taking out. A bouquet of flowers, a box of chocolates or a small plush stuffed animal are the typical contenders as options for first-date gifts. In recent years, it seems that gifts are becoming less and less of a social norm, and for good reason. For dates that you take her on later in your relationship, gifts are completely fine. For first dates, however, the gift should be avoided entirely. Most men will agree that bringing a gift for the first date is not only unnecessary, it isn’t a good idea, even if you want to be seen as a nice guy. For a first date that you aren’t even sure will lead to a relationship, it’s best to not waste more money than you have to, and then you have to consider the fact that bringing a gift might even be taken the wrong way by the woman you’re taking out.

If it’s the first date, men are already in a position to be generous with their money. Depending on the situation, you’re expected to pick her up in your car, using gas that costs money. Paying for the tickets to the concert or theatrical performance and the cost of dinner for the two of you is already going to set you back quite a bit, so this is why most men agree a gift isn’t necessary. You’re already giving her a gift of some sort by paying for the date, and you especially don’t want to end up throwing money away if the first date doesn’t go as planned and nothing comes out of the relationship. Don’t worry; keeping this mentality won’t make a woman think that you’re cheap. As long as you aren’t being tactless and putting your foot in your mouth by telling her why there’s no gift, it probably won’t even arise in conversation and be a concern.

“You would not know what she likes and what doesn’t”

In addition to being unnecessary, first-date gifts can also be problematic. In rare cases, bringing a gift on the first date can actually seem insincere. Although it might not seem clear at first how that makes sense, you have to consider how the female mind works. Women are always concerned that men aren’t interested in who they as a unique individual and would rather just generalize them with other women. Bringing a gift on the first date might say to her that you are stereotyping her and getting a gift that you think she might like just because she’s a woman. Even if that wasn’t your intention at all, she might see it that way. Since there’s no way of knowing what she really likes if you just started dating, it’s best to just avoid gifts all together until you know what her unique interests are.