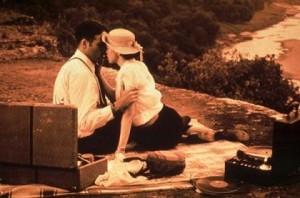 Old Hollywood guys had it down in the United States during the first half of the 20th century. There’s a reason women swoon over those old black and white films. Sometimes women will self-deprecatingly call themselves romantics, but the truth is, you can totally seduce them with the same techniques. Girls love a little old-fashioned romance, so take a cue from a few classic leading men, and let their example lead you into the bedroom. 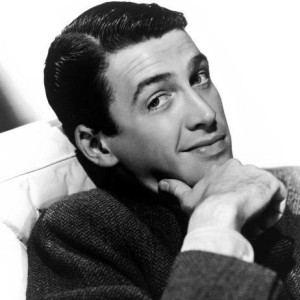 “A shot of Jimmy Stewart from one of his movies”

Jimmy Stewart in “Mr. Smith Goes to Washington.” Jimmy Stewart wasn’t even that good looking – he’s like that awkward-looking guy you knew who seemed like an average person, but for some reason, always had a date. The thing about a guy like Jimmy Stewart is that everyone loved him the entire time he was alive, from the gorgeous women he starred in films with to the adoring, real life public. Even when he was old, everyone still loved him. Stewart had one thing going on for him, and that was authenticity and idealism. He was an actor who played idealistic, good-natured characters who always ended up fighting against bad guys, but also got laid at the same time. Channel this type of classic character archetype by being open and sensitive. 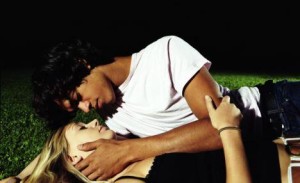 “Get indulged in outdoor romance”

Humphrey Bogart in “Sabrina.” Humphrey Bogart isn’t a man you’d see on the street and immediately think “movie star.” He had a long face and almost looked depressed, but that was a part of his charm. The thing is, women love a man who’s in control and stern, but also has a sensitive, vulnerable side. In “Sabrina,” Bogart plays a guy who handles the family business that keeps them rich and does the business deals, while his playboy brother does everyone else. There’s a bunch of typical Hollywood movie drama that happens in the plot, but the important part is that Bogart’s brother’s girlfriend falls in love with him instead of the smooth operator playboy. Bogart is a man who knows how to work a long, serious expression – he looks a little tortured and painfully serious throughout the entire film, but the point is that he’s unflappable. The leading lady wants to get underneath his exterior and see what’s going on, and then when she does, she’s swept away with his sensitivity. We’re also pretty sure that Bogie’s character hit that in his office, too.

Think Richard Burton in “Who’s Afraid of Virginia Woolf.” So in this movie, Richard Burton plays a guy who’s really messed up. Bear in mind, it’s an artsy movie based on a play – the title has the name of a major author in it to begin with – but the point is that our man Burton managed to basically hook up with his boss’s daughter who’s played by Elizabeth Taylor. Burton is just really miserable and brooding throughout the entire movie, but the thing is, this basically worked for him in real life, too. He just brooded around, but he also worked with what he had, and he married Elizabeth Taylor when she was young and hot. We think taking a page out of his playbook isn’t a bad move.