The Intellectual: Impress Her with Knowledge

The British Womanizer
a nice dinner, future of your relationship, get women to sleep with you, psychology 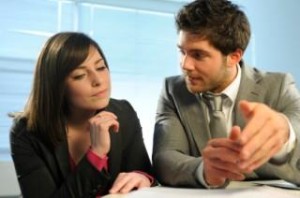 Women like a man with varied interests. Even more than that, they like a man with a wide array of tastes who actually knows what he’s talking about. Sure, there are some women out there with whom you can get pretty far when the only topics of conversation you consider interesting are ones she doesn’t really care about. Things like which of your teams won the game the other day or how excited you are about your favorite brewing company releasing a limited-edition beer are things that women just couldn’t care less about. As harsh as it is, they’re going to think you’re a fool if those are the only things you talk about. You might still be able to get women to sleep with you (if conversation isn’t a crucial aspect of the relationship, after all, it won’t matter) but if you’re pursuing a long-term relationship, you’re not going to get very far.

Something to Talk About 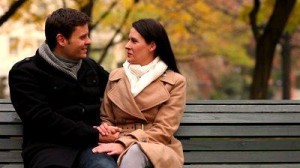 “Have good topics to discuss with her”

What women want is someone who has a large knowledge base spanning a wide variety of topics; a man who can keep them entertained simply because he enjoys so many things. History, literature and pop culture are all things that you could discuss with women so you can have great conversations with them. Even if it isn’t your profession, knowing a bit of psychology and sociology will certainly get a few conversations going. When she complains about her coworker or friend’s behavior, be there to rationalize it and explain why you think it’s happening and you’re sure to have a few deep, thoughtful conversations. Now, there’s a difference between coming off as the well-read intellectual and the pretentious know-it-all. No woman wants to feel that she’s less intelligent than you, so if she’s not sure what you’re talking about right away, don’t belittle her for that.

Activities for the Intellectual

You’ll want the woman you’re seeing to think that not only do you know what you’re talking about, you also know about other interesting things to talk about. Don’t ever discredit a nice dinner or a good musical performance, be that classical or modern, as good options for dates to take her on. For the woman who wants an intellectual man, you’ve got to be ready to take her on dates that, at first, might feel a little more like a history lesson than a date. Especially in the UK, there are lots of great historical sites that your intellectual woman would love to be taken to. Things like a museum or a musical or theatrical performance at one of the many old theatres are great places to take her on a date. It might not seem like the most romantic of places to visit with her, but for the long run and the future of your relationship, it’s an excellent idea. Even if you wouldn’t normally discuss history and politics or if you wouldn’t be caught dead in a museum any other day, it’s a good appearance to cultivate and she’s guaranteed to be impressed that you cared enough to share her interests.