What is a Safe Word & Why You Should Use One 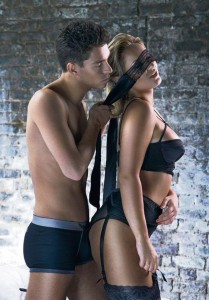 Although it’s been frowned upon in the U.K. in the past, it’s not taboo for fetishes to be used in the bedroom anymore. Sometimes it may be a little awkward to get them initiated at first, but over time they’ll become more comfortable and more common to you and your lady. But when you’re trying all of these new styles out, it is important to remember that some can be a bit dangerous. That’s where safe words come in.

What Exactly is a Safe Word? 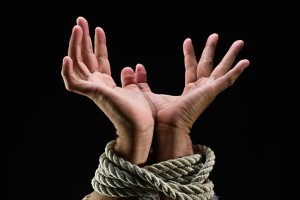 A safe word is a word that you and your partner come up with together. It can literally be any word that you can possibly think of, but there is a catch. A safe word cannot be related to sex in any way, shape or form. Popular safe words often come from places (Yorkshire, Cornwall, Egypt), people (farmer, Julie Andrews, anyone you wouldn’t role play), or food (cucumber, pudding, scotch eggs). Even if you come up with the perfect, completely non-sexual word – if she can’t remember it then it’s useless. The word will be shared by the two of you to signal when you want to stop doing whatever sexual activity is going on. Why not just say no, you ask? Well…

Why You Should Use a Safe Word

Let’s say that you and your lady are beginning to get a little weird in the bedroom. Maybe you have started role playing. Many couples that sleep together like acting out a somewhat non-consensual fantasy. He’s coming onto her (agree on the level of aggression beforehand) and she’s pretending that she’s not into it. As things start heating up, she might get really into character and say “No. Please stop, I don’t want this. You’re hurting Me.” or some variation on that. Of course that would be enough to scare any guy, but in actuality she’s just playing into the scene you two have set up. She’s saying “no” but really she’s screaming “yes”. It’s confusing, that’s for sure. When you use a safe word you don’t have to be confused. The moment you hear “Cornwall” you know to stop. There’s no two ways about it. So far as it’s known there’s not a popular sexual act called The Cornwall (and if you did manage to find it and want to try it you’d probably use a different safe word). This goes for all sexual activity. It can range anywhere from violent sex (choking, spanking, hair pulling) to more common practices (anal, blindfolding). It prevents anyone from feeling uncomfortable or unwilling. If for some reason the person cannot speak because they are gagged or muffled, try a different type of safe ‘word’. Odd movements like snapping fingers, clapping, or putting both hands above the head while wiggling the fingers are all something that doesn’t happen during sex on a regular basis. It has to be an action that could not be confused with whatever fetishes you partake in. That way both people feel safe and comfortable.